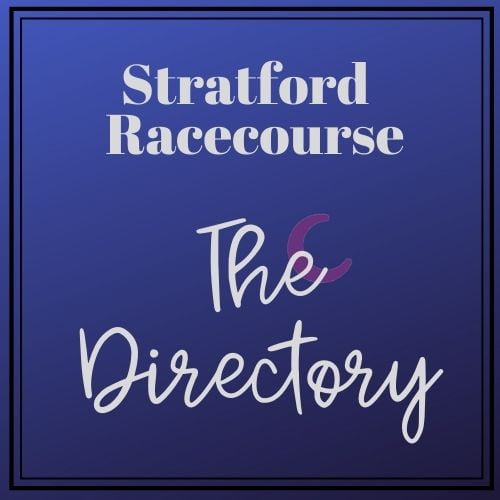 Steeple chasing has officially taken place at Stratford-upon-Avon Racecourse since 1755. However, racing was suspended in 1776 after local farmers complained their crops were being ruined.

Racing started at the racecourse again in 1836 and in 1839 Lottery won a chase at the track before going on to win the Aintree Grand National – he then repeated his win at Stratford the following year.

The Stratford Race Company was formed in 1922 and proceeded to improve the facilities and acquire extra land, which enabled the track circuit to be enlarged and a water jump to be built in front of the stands. The Jump races are now held throughout the summer months.

Stratford Racecourse is also home to a campsite, and many events take place in the centre course – it was the first racecourse in the UK to form a Racecourse Entertainments Committee.

Travelling to Stratford Races? Want to know where to stay, where to eat, where to get your hair and nails done? How about where the best pubs are and the name of a reliable taxi? We can help. Check back frequently – this section is updated on a regular basis.