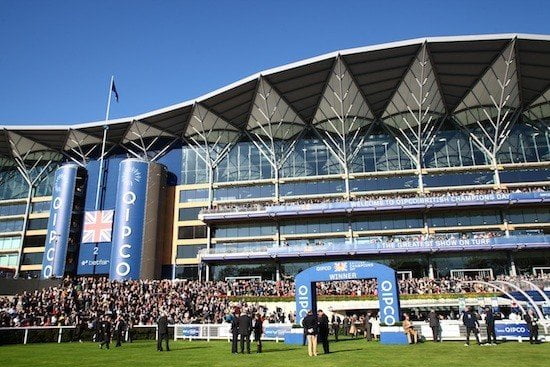 Ladies – What to Wear to Royal Ascot

The Gold Cup was inaugurated in 1807, starting to shape the Royal meeting into its current format – it remains Ascot’s oldest surviving race.

The dress code began in the early 19th century under the direction of the famous arbiter of fashion Beau Brummel, a friend of the Prince Regent. Royal Ascot Fashion has always had a very distinct style! Although a Royal Stand dates back to the 1790s, the Royal Enclosure dates to 1822 when King George IV commissioned a two-storey stand and surrounding lawn. Access was by invitation of the King and to this day entry is still by invitation only. The inaugural Royal Procession was in 1825 when King George IV led four other coaches with members of the Royal party up the Straight Mile.

The Act of Enclosure

Legends of the course include Fred Archer, who over 14 years rode 80 winners at Ascot after his first victory there in 1873; Brown Jack who switched from a Jumps career to scoop the 1928 Ascot Stakes followed by six consecutive renewals of the Queen Alexandra Stakes between 1929 and 1934 under top jockey Steve Donoghue (it is inconceivable that any horse will ever again win at seven Royal Meetings); Lester Piggott who rode 116 winners at Royal Ascot between 1952 and 1993, including 11 Gold Cups; Frankie Dettori who in 1996 made racing history when he won all seven races on the card; and Yeats, arguably the greatest stayer of all time, who won four Gold Cups in a row from 2006 to 2009 an unmatched achievement.

Race of the Century

In 1975 Ascot hosted the ‘Race of the Century when Grundy took on Bustino in the King George VI and Queen Elizabeth Stakes for the final challenge of their career rivalry – such was the intensity of the duel, the race time smashed the course record and it remained unbroken until 2010. In 2013, Estimate, owned by Her Majesty The Queen, won the Gold Cup – the only time the race has ever been won by a reigning monarch.

Redevelopment of the Racecourse

Ascot closed for a £200-million redevelopment in 2004, the single biggest investment in British Racing, and was reopened by Her Majesty Queen Elizabeth on 20th June 2006. The Royal Meeting was held at York in the meantime. Royal Ascot is Britain’s most valuable race meeting, with 18 Group races, eight of them Group 1.

Jump racing was introduced at Ascot in 1965 and the track is one of the toughest in Britain with a 73 foot climb from Swinley Bottom at the lowest point, to the Winning Post at the highest point. Jumps legends to have competed at Ascot include Arkle, Desert Orchid, Sprinter Sacre, Kauto Star and Altior.

What to Wear to Ascot Racecourse

Ladies – What to Wear to Royal Ascot

As the most famous of the racing festivals, this is the place to show off your fabulous fashion flair. But take heed; there are dress …

Gentlemen – What to Wear to Royal Ascot

Royal Ascot is the time to raise your dapper stakes to the limit and show off your impeccable style. However you do need to adhere …

What to Wear to Ascot Racecourse

Wondering What to Wear to Ascot Racecourse? Read our specialist guide from Racing Fashion Editor Karen Grace. Set in 179 acres of rural Berkshire and …

The final day of Royal Ascot 2021, Saturday 19th June, and racing fans dressed to impress for the grand finale of the world famous meeting.  …

On Friday 18th June racing fans had to factor the rain into their sartorial equation for Day 4 of Royal Ascot 2021. Umbrellas were essential accessories …

To celebrate the ultimate fashion and style event in the racing calendar, Annabel’s commemorated Royal Ascot on Wednesday 16th June with a fashion-filled breakfast and …

Travelling to Ascot Racecourse? Want to know where to stay, where to eat, where to get your hair and nails done? Want to find Royal Ascot Fashion specialists? How about where the best pubs are and the name of a reliable taxi? We can help. Check back frequently – this section is updated on a regular basis.