Britain’s richest raceday this year is on track to be a breath-taking 10th anniversary renewal of QIPCO British Champions Day at Ascot on Saturday 16th October 2021.

The ultimate raceday has witnessed some of the most exhilarating moments of British Flat racing since its inaugural running in 2011, including magnificent performances from the likes of Frankel, Cracksman and Roaring Lion.

And we are set to see some more amazing moments on and off the track at the 10th anniversary of QIPCO British Champions Day.

In terms of the star horses entered for the day, as it stands the top three active racehorses in the latest Longines World’s Best Racehorse rankings are entered for the day – Adayar, Mishriff and Palace Pier, with the latter set to go up against the highly-rated Baaeed in the Queen Elizabeth II Stakes (sponsored by QIPCO), one of the most anticipated races of the season.

The Jockeys’ Championship title battle looks set to go down to the wire, with the Champion crowned on QIPCO British Champions Day next Saturday. After a double at Kempton Park on 5th October, two-time Champion Jockey Oisin Murphy holds a narrow lead of 11 winners over William Buick in his quest to become a three-time Champion Jockey and emulate the likes of his heroes Frankie Dettori and Ryan Moore. 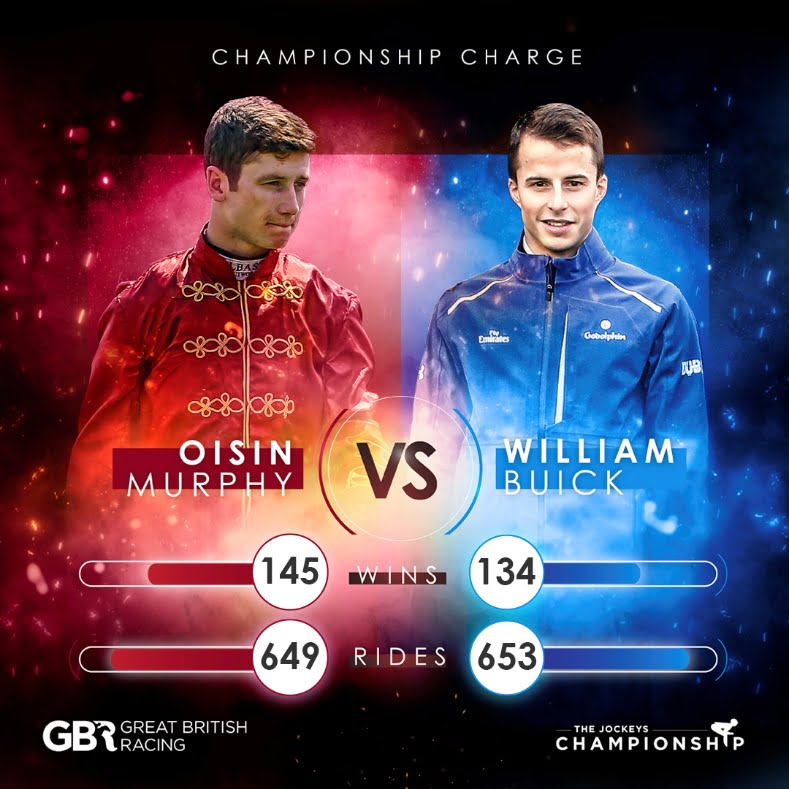 As well as the Champion Jockey being crowned, the Champion Apprentice and Owner will receive their titles on the day. 22-year-old Marco Ghiani sits top of the Apprentice Jockeys’ Championship with 50 winners, 15 ahead of nearest rival Saffie Osborne, while Godolphin are close to £2million worth of prize money ahead of Shadwell Estate Co in the Owners’ Championship.

After the crowning of the Champion Jockey and Apprentice, be sure to remain by the parade ring for a very special moment which will see interviews with the connections of some of this year’s Class of 2021 from the QIPCO British Champions Series Hall of Fame – with the late Pat Eddery the latest inductee into the jockey category yesterday. There will be a Hall of Fame exhibition in the grandstand at Ascot with specially commissioned medals on display and information on each of the inductees from this year, while there will also be a newly-branded Hall of Fame bar on site.

Additionally, ahead of racing, jockeys Hollie Doyle and Tom Marquand, who at last year’s Champions Day sensationally won four of the six races on the day between them, will host a jockey masterclass on the bandstand lawn for Pony Club members.

2021 sees the After Party return to QIPCO British Champions Day. Once racing finishes, head over to see live DJ sets from Craig Charles and Roman Kemp as they round off the ultimate raceday in style. 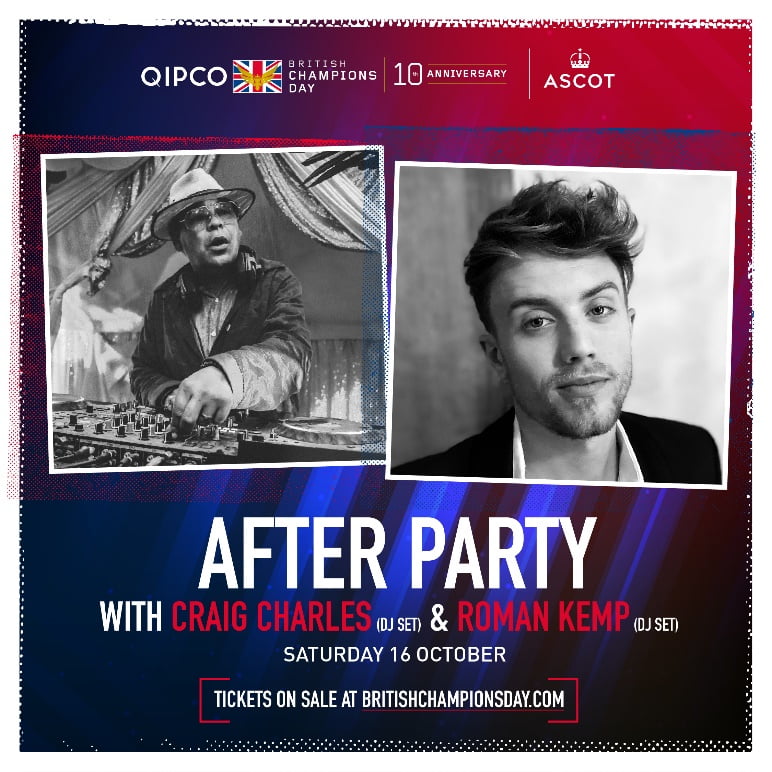 Having been staged behind closed doors last year, demand for tickets to QIPCO British Champions Day remains strong with King Edward VII and Winning Post enclosure tickets having sold out in August and only a small number of Queen Anne tickets are available.

QIPCO British Champions Series showcases 35 of the UK’s finest Flat races, including three of the world’s top 10. The Series features at all of the UK’s most iconic Flat festivals, from the Derby and St Leger, to Glorious Goodwood and Royal Ascot, presenting unparalleled, quality racing across 10 of the country’s finest racecourses.

Five top-class races mark the climax of the Series on the Ultimate Raceday, QIPCO British Champions Day at Ascot on Saturday 16th October, where the world’s best compete at the nation’s richest raceday.

Put simply, QIPCO British Champions Series shines the spotlight on the best horses, the best jockeys and the best racecourses, so that millions worldwide can follow the finest Flat racing.